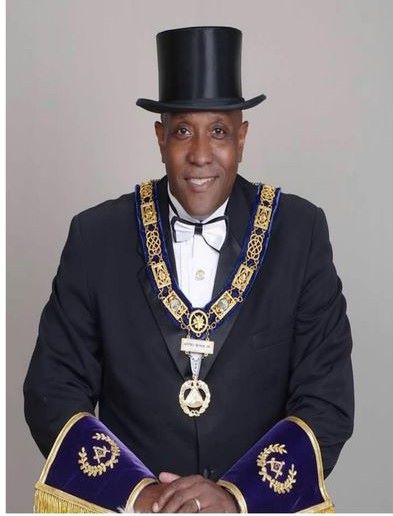 Grand Master was raised to the degree of a Master Mason in 2002 as a member of Widow’s Sons Lodge No. 17, Kansas City, Kansas where he served as its Worshipful Master in 2008. He is also a member of Orient Consistory No. 19, where he served as Commander in Chief in 2015, Worthy Patron of Electa Chapter No. 2 Order of the Eastern Star in 2017. He served in the York Rite body and served as Eminent Grand Prelate Commandery of Knights Templar in 2019 and Most Excellent High Priest Grand Chapter Holy Royal Arch Masons in 2022. He served as District Deputy Grand Master, Second Masonic District 2009-2012, Potentate Koran Temple #33 A.E.A.O.N.M.S. in 2014. Additionally served as Chairman of Audit Committee Midwest Shrine in 2015 and Quint State Grand Masters Ball Bylaw’s Committee Member. Grand Master Boykin received the 2009 Worshipful Master of the Year and the 2012 District Deputy Grand Master of the Year. Grand Master Boykin served several other appointed position within Masonry.

Grand Master Boykin is excited and honored with the opportunity to serve the craft and is available for consultations with subordinate lodges anytime. May we forever aspire to become better men and help out in our communities.

MAY THE WORK I’VE DONE SPEAK FOR ME